Welcome to 2nd 2 None Wines

The company’s objective is to embrace wisdom and tradition, yet constantly adjusting to the rapidly changing lifestyles of global customers. The tireless quest for the distinction is achieved by maintaining a solid and comprehensive plan throughout all facets of the business – from vineyard to customer.

2nd 2 None wines reflect a synthesis of the old world and new world winemaking styles. They reflect vibrancy, they evoke memories and they stir emotions. Our wines have personalities that surprise and excite, they challenge and demand the extremes of spontaneity, and discipline from our winemaking team.

The 2nd 2 None range of wines are remarkably aromatic, perfectly balanced, velvety smooth and refreshingly crisp. We aim for a good expression of the fruit with a fine hint of oak, and smoothness and length on the palate. We want our wines to say: “Here we are – the best expression of grapes that the regions have to offer. Enjoy us.” The concept to develop the herb infused range of wines evolved in 2000.

In 1920, Suzanne’s Grandfather selected a parcel of land chosen for its unique microclimate as much for its combination of native flora, rolling hills and sweeping valleys.

It was to this property, now known as Wedgetail Ridge, that he brought his young bride.

Together, they built a solid foundation upon which to raise their family.

In due course Suzanne’s parents also raised their family and continued the tradition of instilling in their children the love for nature, good food, good wine and good company – which is epitomised by our 2nd 2 None wines today.

Suzanne is now the 3rd generation to carry on the tradition.

We transform ideas into solutions our clients can be proud of. 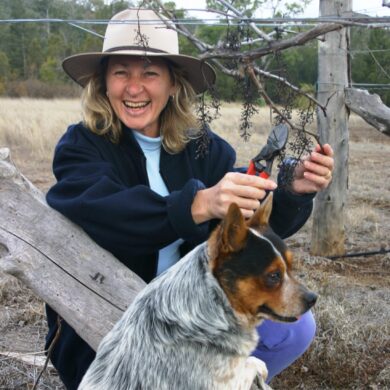 owner
Suzanne Nation – is the owner of 2nd2None Winery. This has been Suzanne’s family property... 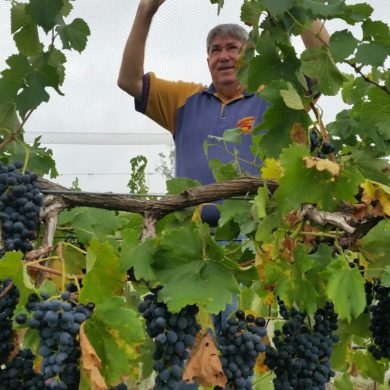 In 1999 Suzanne returned to be custodian of the property. With the assistance of her family and team, planted a 75:25 ratio of red to white grapevines.Building the winery commenced in 2002, and the cellar door was officially opened in July 2004. Suzanne divides her time between the office and the vineyard and keeping an eye open for her beloved Koalas.

In 2008, Philip Spencer joined Suzanne and became a 50% shareholder of 2nd 2 None. Philip grew up in Alice Springs and moved to Adelaide in 1965 to live with family after his parents died. He studied and achieved 3 degrees in Commerce, Business, and a Master of Business. Philip spent 40 years in Local Government as Deputy CEO and CEO. Philip spends most of his time in the winery, organizing bottling, stock control and ensuring a good drop is enjoyed by all.

Ross fell in love with the wine industry, when he travelled to France, and as a backpacker picked grapes. On his return to Australia, he qualified as and was the chief wine maker in some of the largest wineries in Australia. He once again returned to France and made wine in several other countries, with his last challenge being in Argentina, establishing a winery that made 10 million bottles of wine per year, that was destined for the English supermarket chain. Ross joined 2nd 2 None in 2004. After almost 40 years in the wine industry, he is still passionate about creating the best wines and is prepared to be innovative to achieve such goals or should I say, awards.

These are just a few of the team that come when we need a hand to pick, bottle or attend major events.

We are on Carnival